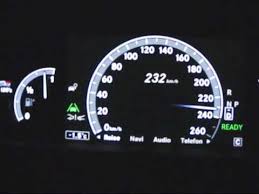 I think, if we had a speed limit of about 100mph, we could have had fewer accidents in average. Now don’t ask me about the statistics because I don’t know how they look like. But here is my point.

Without speed, then focus, drive, attention, energy and alertness of purpose – as we move in the direction of our dreams – has no meaning.

I know this because…

When I do stuff faster, I feel the buzz to doing even more, and much, much faster.

When I talk faster with my customers I sell more – because with speed, my enthusiasm comes to life as well.

When I drive fast I’m more careful, more alert and damn it, I save time, too.

To create success momentum, doing it faster and doing it every day is the answer.

And successful people know it better as they get stuff done fast – not tomorrow, but today… right now. Bang!

This is why procrastination and indecision are habits always of failures.

People procrastinate because they hope that they’ll be in a better position to do it, whatever that is, tomorrow.

They see an opportunity that could change not only their lives but also the lives of many others. But what do they do instead? They  want more time to think about it. They make a decision not to go for it, a decision to wait until… well, Jesus comes back or something.

Well, if you want the greater laws of nature to favour you. If you want to attract people and resources that could move you closer to your dreams… If you want to gain even from the law of averages, then speed is the answer.

If it matters to you, you will always find a way… or else, you will find excuses.

If you want to feel alive, to feel motivated, to feel relentless, then go for it – FAST!

Go fast or run out of runway.

Now people will say, if you go too fast you will crash… well, crash faster, and get up and then put your foot down again.

People who say slow down are those who don’t believe in themselves. Those who are afraid of failing… those who are good procrastinators.

But since you aren’t one of them then stay away from them.

Make friends with those who are fast in everything. Those who don’t give a damn about what others say, or will say.

So embrace it and you will not be disappointed.

And do it faster than yesterday!

Passionate about Personal Development. About Making Money. And about living a #GoodLife. Also a #NetworkMarketer, a #Weightlifter, and an Online Entrepreneur who also loves The Science of Success. Enjoy joshprogress.com >>> View all posts by Josh Progress

Be 'UNSTOPPABLE' ByDec 31st, 2016
From this day on you are Unstoppable. Go smash your goals.

You will either get what you want or you will be used by others to get what they want. – Grant Cardone

It has been really good month or so for me.

I've been reading and learning new stuff from new books by authors I've never heard before.

Thanks to Google for recommending me books simply by what I've in my Google Play library.

1. The Miracle Morning by Hal Eldrod. And to be honest, I've learned a few great, implementable ideas that I love.

If you want to change the way you start your day, the way you focus, what activities to add to your day to stay productive, then add this book to your library.

2. The other fast read that I've enjoyed so much is The Art Of Procrastination by Prof. John Perry.

If you are struggling with procrastination, ten this is the first book you'd need to read on the subject.

3. The last book I'd like to share here is the one called Be Unreasonable by Paul Lemberg.

This book will teach you when logic and common sense do not apply.

Or when fairness is none of your business.

I enjoy reading everyday... and the reason I do this is to simply get the actionable ideas that have the power to accelerate my progress and continue to give me the freedom I deserve.

Have a good one.
¬